This topic applies equally to both Power BI and Excel Power Query and examines Power Query’s Conditional Column command and the use of if statements in the M language.

If Statements and Conditional Columns

In the M language, logical conditions are expressed by using if statements. (There is no IF() function in M.)

The generic syntax of if statements is as follows:

If condition1 and/or condition2 then

else if condition3 and/or condition4 then

·       No parentheses or commas are required

·       Whitespace is used purely for readability and is not required

Imagine a scenario in which we want to connect to a file which is updated daily. However, on Saturdays, Sundays, Mondays, Tuesdays and Wednesdays it is saved as an Excel file, while on Thursdays and Fridays, it is saved as a CSV. (For the sake of simplicity, let us say that the path to the file will either be “C:\data.xlsx” or “C:\data.csv” and that the Excel file contains a single worksheet called “data”.

We could use the following if statement to cater for these two possibilities:

As well as entering if statements manually, the command Add Column > General > Conditional Column also generates an if statement. This command can be used where the business rules for creating the new column are fairly simple and do not warrant the use of a separate dimension table.

Like many of the options in the Add Column tab of the Ribbon, the Conditional Column command uses the Table.AddColumn function to create the new column.

·       ColumnName
The name of the new column being created.

·       ColumnGenerator
The function which will be used to generate the values in the new column.

·       ColumnType
The optional specification of the data type of the new column.

In the following illustration, a new column called “ISO” is being created, based on the possible values in the “Country” column. 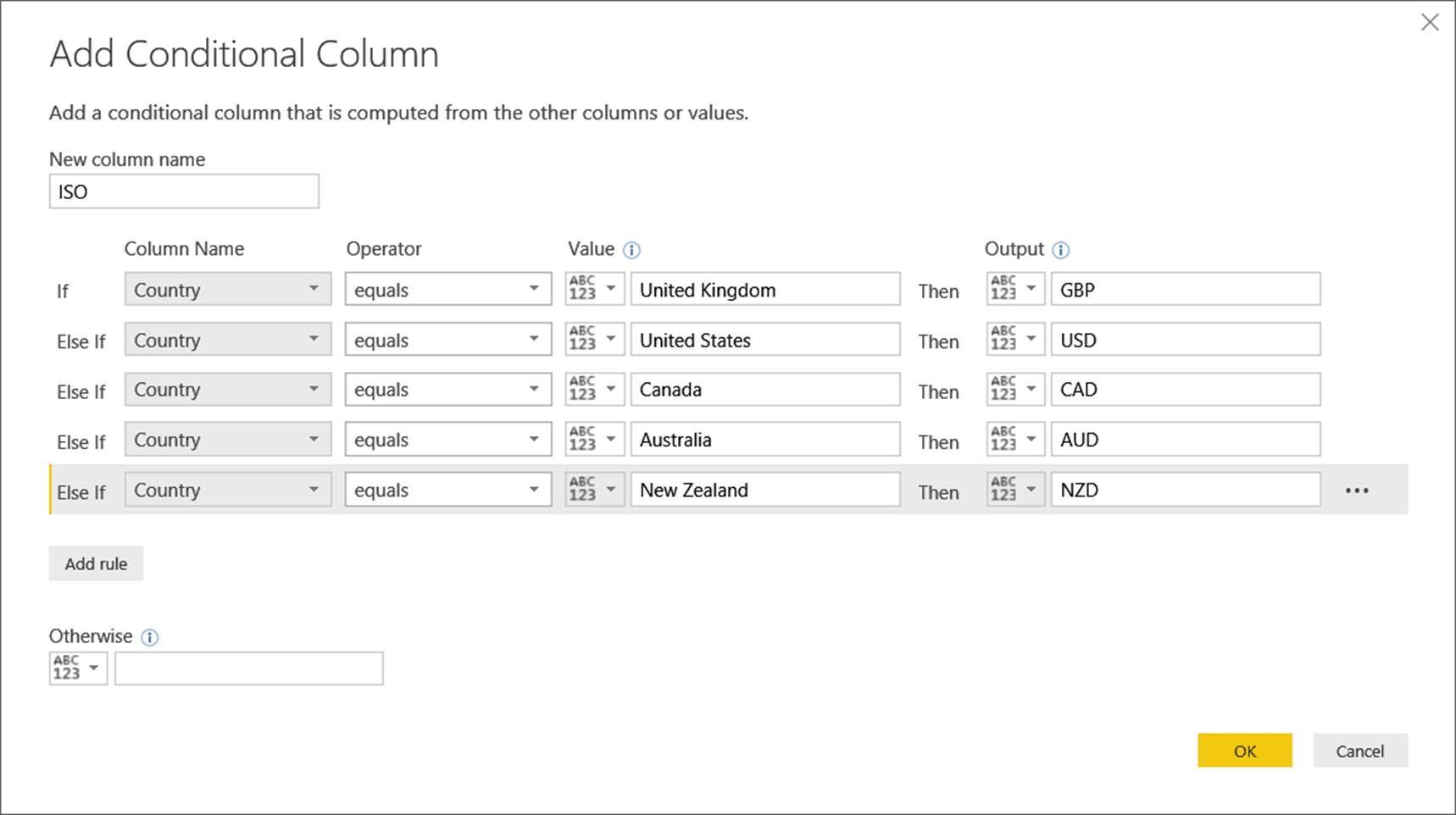 And let us look at the syntax that is generated.

each if [Country] = “United Kingdom” then “GBP”

else if [Country] = “New Zealand” then “NZD” else null

·       Table
#”Changed Type” is a variable which contains a table reference.

·       ColumnGenerator
The each keyword is used together with an if statement to provide an inline function.